List of Malaysians restaurants (or close enough) in Switzerland

To say that Switzerland lacks Asian eateries, what more Malaysian, is not quite true anymore. But, certainly one can't compare to London.

When I moved here in mid 2006, I learned there had not been any Asian restaurants and takeaways in the area where I work/live (a small city about 27th km of west of Zurich) a couple of years prior to that. Since then there have at least five; could have been six if one didn't close down, and one of them is owned by Vietnamese who immigrated over many years ago and had also been to Malaysia en-route. By coincidence their nasi goreng (fried rice) smells and tastes nearly the same as those found in Malaysia.

As a guidance to friends and followers who crave for Malaysian or "close-enough" Malaysian or those planning to visit Switzerland, or who are in the midst of their vacation and have had enough of bread and cheese :), here is a list of places you may want to check out:

My Kitchen (no web site) @ Zurich (HALAL) - Located a few tram stops away from the Zurich main station. Owned by a Malaysian couple and has been operating since around 2008. It is a small setup for takeaway mainly although there are enough relatively comfortable high sitting / standing arrangement and space for at least (I'm guessing) 10-15 people (more outside, in Summer). Address: Stampfenbachstrasse 133, CH-8006 Zurich / Tel: +41 438 100 678 / +41 78 808 1210. They serve good authentic halal Malaysian food and fresh Sushis (the husband was for many many years a Sushi chef). Note: Open only on weekdays between 11.30 AM and 2 PM.

Singapore Restaurant @ Zurich (Web site: http://www.my-chinese.ch/restaurant-singapore-zuerich-altstetten.htm, not certain is this is the official web site) (PARTIALLY HALAL - read further) - Located some tram stops away from the Zurich main station, this restaurant has been operating for a long time, owned by a Singaporean and Malaysian partner. There are two sections to it, on one side is a proper sit-down, full service restaurant and on the other is a self-service, canteen like setup. Food selection of both sides are the same, but cheaper in the latter. You could also sometimes ask for special not on the menu dishes like nasi goreng kampung pedas ;) - ask the chef or owner. It is commonly known that their chicken dishes are halal but not other meat. But again ask the chef or owner when making your order.

Hot Wok @ Regensdorf (a short drive or train ride from Zurich) (Web site: http://www.hotwok.ch/) (NOT HALAL) - Owned by a Malaysian as told by some friends and advertised as serving Malaysia, Indian, Thai, Chinese, Singapore and Indonesian dishes. I tried some of the food at  a lunch event catered by them and it's pretty good.

Chillies Restaurant & Takeaway @ Zurich (Web site: http://www.chillies.ch/) (Not known if HALAL) - Located near the Zurich Hardbrücke train station, in a business complex area, it is owned by a Malaysian lady and has been operating since around 2005.

KL Teppanyaki (Web site: http://www.klteppanyaki.com/) @ Zurich (NOT HALAL) - Located in Zurich centre on a side street along the Bahnhofstrasse. A Malaysian chef was involved in the setting up and design of the restaurant. The moment you step into it you'll catch on-screens videos of Malaysian street hawkers / food and various sort of things Malaysian.  Food served is mainly fusion and one section is dedicated for Japanese kitchen. In the early days (circa 2010), one could also find teh tarik (Malaysian tea with milk) in the menu - not sure if it's still available. 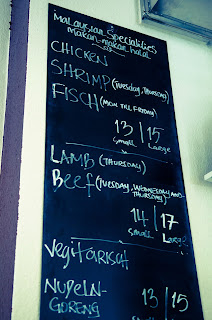 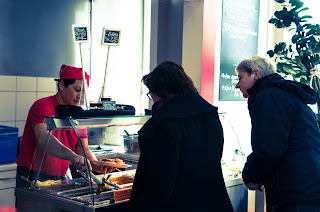 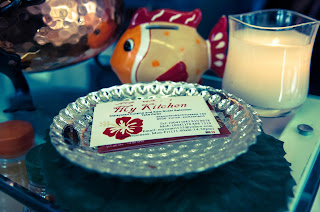 A great guide for those visiting Switzerland .. and it's not America, you don't need a car

My art works available for purchase

The One
A Malaysian living in Switzerland. Moved to this country in 2006, leaving the colourful life of KL, thinking to return in 2 to 3 years .. its been much longer now. Hard to begin with, but love it now. Twitter: twitter.com/arylana